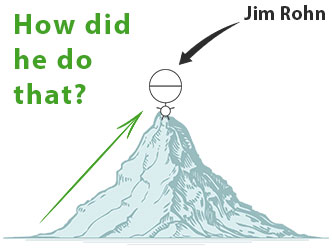 Self improvement is a subconscious goal for all, even for those who very rarely acknowledge it and also for those who openly realize it to their conscious mind. The story of Jim Rohn, who was born on September 17, 1930, led an exemplary life as an American who was both an entrepreneur and an author.

His highly influential and succoring speeches warmed the hearts of millions and ignited hope in the society. Although he was dirt poor to start with, his relentless efforts and determination achieved him great success and comfort, both monetarily and socially. Rohn spent more than 40 years of his life widening the horizons of possibility with his elegantly artistic and simply ingenious design of ideas thus assisting many to recognize new and wonderful things relative to the strategies in life. His eloquent speeches and unequivocal intellect in all that which he attempted easily gave way to his fame and glory as one of the most philosophical minds in all of America.

The many books he authored as well as audio and video programs that he sponsored have molded the mental capabilities of all those who have had the pleasure, enhancing their belief in their abilities and their ambitions. Everyone who took his advice ended up in a high executive position in a paramount corporation. He also intellectually and inwardly crafted a large number of personal development trainers in order to keep waking people up until he passed away on December 5, 2009. 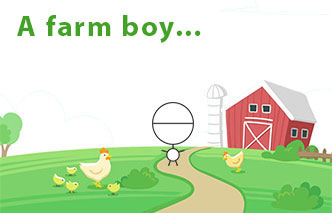 Jim Rohn was raised in a farm in Idaho and had none of the interests of a wealthy family. His mother, Claire and father, Emmanuel sent him to his local school where he decided the only thing he was gaining was the knowledge of sound convention. His story telling skills, gifted to him by his father, did not aid much in providing him much initiative on who he intended to be. Throughout his education, he insisted that he was not learning that which he wanted to learn - life. He left college only after a year and settled for a real life job. However, this left him completely bankrupt and heavily indebted monetarily by the age of 25.

Journey to the top 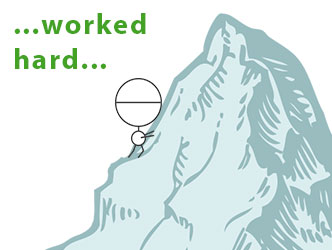 By this time, Rohn was not only a husband but also a father and did not have much perspective of what he was going to do next. He was invited to a seminar by Earl Shoaff by a friend while he was still constantly struggling to find ways to provide for his family. From that point onwards began a five year long step by step journey for Rohn to find his inner self. Shoaff had personally started coaching Rohn with the fundamental principles of life such as prioritizing personal growth above a mere job, registering philosophy behing income rather than economy and the most important of all - in order for change to be brought about in life, you must begin with altering your own self.

Thus Rohn adapted to his new way of life - the constant path of self improvement. The realization that he could achieve anything and everything that he desired with the application of the accurate craftsmanship gave him firm ground to stand on. Rohn started off as a mere clerk at a departmental store. However, he mentally acknowledged that something would be better than nothing and to have some amount of profit would certainly be more appreciable as compared to wages. It seemed that the final stage of Shoaff's life had been decided to serve as a guiding force for Rohn by an entity mightier than all because before Shoaff died at the age of 49, exactly five years after their first meeting, he encouragingly dared Rohn to become a millionaire and only a year following this, Rohn fulfilled the dream Shoaff had had for him. Appallingly remarkable though this journey was, gaining that many riches was only just the beginning of Rohn's legacy.

In the 1960s, Rohn migrated to Beverly Hills in Calif and narrated his expedition in a local Rotatory Club meeting. Recall that Rohn had always possessed absorbing story telling skills and the tales he told under the title " Idaho Farm Boy Makes it to Beverly Hills" appeased all those who listened. This gained him invitations to speak at schools, colleges and even meetings at various services clubs. In 1963, Rohn began speaking on a regular basis and from there on he slowly became recognized as an international speaker and renowned figure in the department of personal assistance all across the globe. 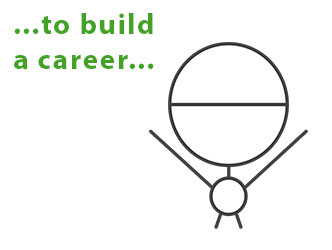 Rohn had the most incidental life ever since he entered the realm of self improvement. His career assisted millions in gaining an insight as to who they wished to be and his contribution to the world in this regard remains unmatched.

Being an author, an entrepreneur and a millionaire who had started from scratch, Rohn was determined to assist people around him achieve in life that which they wished. His seminars continued for a total number of 39 years during and excluding which he addressed and influenced approximately 4 million people across the world, that being in a total of 6000 audiences. Jim Rohn won the CPAE award in 1985 from the National Speakers Association. He wrote more than 25 books as well as audio and video programs. A true legend, his characterization includes everything from being a crackerjack motivator to a Will Rogers of date. 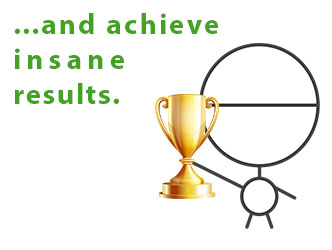 Jim Rohn was one of the most appallingly mindful and astute of his generation. Writing and producing more than 25 books into audio and video programs, two of the most eminent of which are The Art of Exceptional Living and Challenge to Succeed, Rohn gained global appeal.

The appreciation he received also came in the form of various awards such as the CPAE award from the National Speakers Association and many others. One of these was presented to him by the NSA President of that day, Mark Sanborn and was called the Master of Influence Award. While presenting it to Rohn, the president asked an audience of 2500, "Who of you believe that your lives have been influenced through Rohn?" following which more than 1800 hands went up. 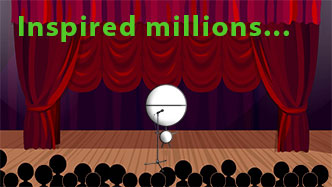 Jim Rohn sowed a seed which grew into a beautiful tree. People have been benefitting from the fruit of that tree for many years. His tutoring has altered the lives of millions who had completely lost hope and has sent them up an upward spiral of growing better and better every day.

This is related to by Mark Victor Hansen, Sanborn, Anthony Robbins, Brian Tracy and Jack Canfield just to attempt to name a few (obviously six million names cannot be listed). Jack Canfield authored the Chicken Soup book series. T. Harv Eker was both an author as well as a teacher at Vincent's Geniuses Evans in Indonesia.

Other than coaching the famous author and lecturer Brian Tracy, Rohn also mentored Chris Widener who not only became a teacher at Twelve Pillars Seminars named after and based on a book that both he and Rohn had authored, namely Twelve Pillars of Success which was Rohn's last book but also carried on that which Rohn has started by becoming a leadership motivational speaker. Perhaps Rohn was the Shoaff of Widener's life.

Other than these people, the founder of Herbalife International, Mark R. Hughes also great benefitted from Rohn's company as did Tony Robbins who also became a speaker. 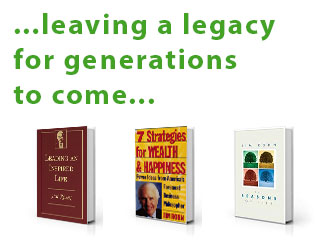 Rohn has been much remembered, loved and celebrated even after his death and has never been forgotten. An online tributary video which was dedicated to him has been viewed more than a hundred thousand times and people continue to gain his mentorship with the parts of him that remain recorded inside the world from which he has departed. Millions are still gaining insight on life because of all that which he has left behind.

Every man makes his own fortune and in order to do so, he must abide by the fundamental principles of life and boost up the spiral of self realization and consequent improvement. Jim Rohn started off as a dirt poor farm boy in Idaho and dropped out of college. Once he met Shoaff, he began to learn that he could reach for the stars and showed that he could actually achieve that which he dreamed. Becoming a millionaire six years after he was bankrupt, his story turned out to be awe-inspiring for all those who listened. His brilliant story telling skills and lessons waiting inside him to be taught to the world gained him global appeal and help find million people who were very much lost in broad daylight. The minds that he has influenced appease him and follow him to date. He is gone but never forgotten and the legacy he has left behind has been taken up by his students. 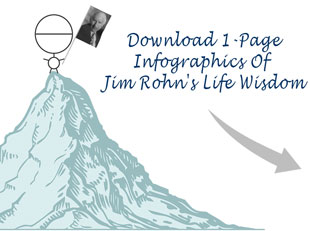 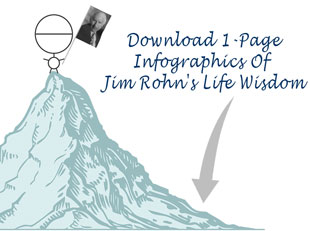