Previously we've explained how the mind works and the main forces are in mind battles. We also took the first step toward eliminating intruders - the first unconstructive force in the mind. It's time to tackle the second layer of negative force defence line: blockers. 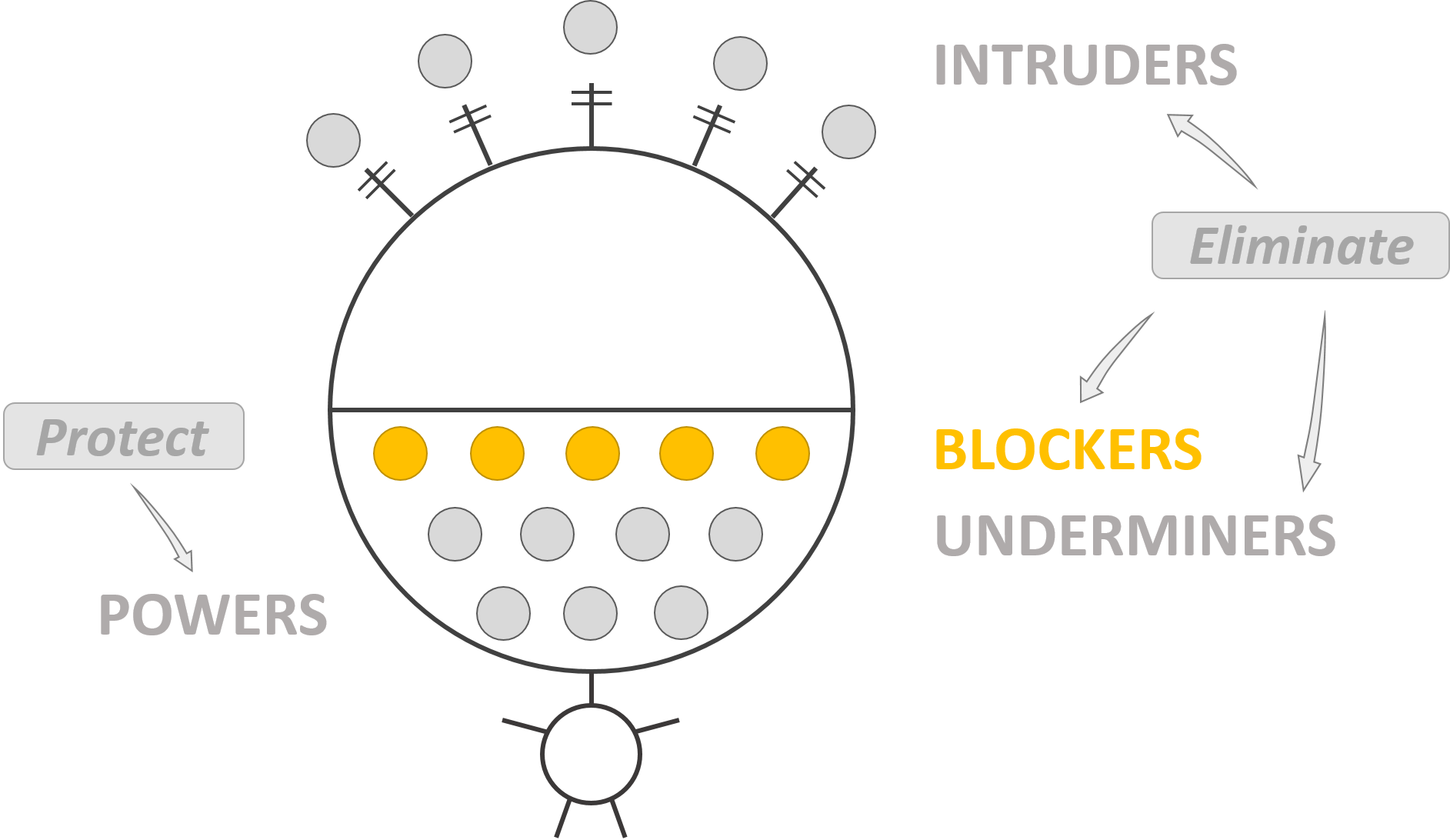 Why Should I Care ?

Removing blockers from the mind is like getting rid of the nasty spiky weeds polluting the garden and hiding its beauty.

Once the job is done, results start dominating like good plants. You simply enjoy living like never before. But most importantly, by eliminating blockers, you prepare yourself for the last and the most important battle in the mind transformation campaign.

Spend no more than 5 seconds to remember your best day ever. Want more of these much more often?

Keep reading, getting rid of blockers will help you get there.

What Are They? Blockers...

So, what are they?

What are these things that derail our best efforts and sabotage our dreams, goals, and results?

Remember, understanding liberates. And it helps take action. Without knowing what's going on, without having a system, without clear plan of attack it's impossible to make progress fast.

As far as our mind model is concerned, there are 3 main sources of blockers:

It's nearly impossible to meet a person who wouldn't suffer from being affected by one or (most of the time) all three of them.

It takes time, commitment, and effort to get rid of them completely. But the good news is, this series gives you a visual system on how to get there.

Where Do They Come From ?

When it comes to the direction, blockers always attack from the inside.

Remember when we explained how the mind works we discovered a simple mind model that easily explains how we deliver results in life. What we also covered later is the concept of mind battles, a unique and very effective mind model that explains what happens in the mind daily.

Knowing that, you can see how the 3 main blocker armies attack the conscious mind from within. From the subconscious mind as illustrated below: Blockers Attack From The Inside - Negativity Attacks  From The Subconscious Mind

Now, you might be saying, really, that's how it works? Really? Where is the proof?

Remember this is just a simple model that we designed to make it easier to understand in a very structured way on how you could improve your mental strength and save dozens of years of your time over the life span.

The Shocking Price Of Ignorance

Wait, "Did you say dozens of years" I hear you saying.

Here is a simple maths.

Imagine 2 people having an argument and getting angry at each other.

Arguing with others is like stealing... From your own life.

After the fight, they don't speak to each other for the rest of the day.

For about 3 hours they keep replaying the conversation in their mind repeating it over and over again.

Visualize how they further spend the next 3 days remembering bits and pieces of this heated conversation and cooling down. Just a few minutes here and there.

Let's say it takes 5 hours all in all.

Let's say it happens only once a week (pretty conservative for some people).

One weekly argument turns into a relatively large chunk of time, don't you agree?

Do you know anyone who would be willing to pay such price for just 1 weekly argument ? 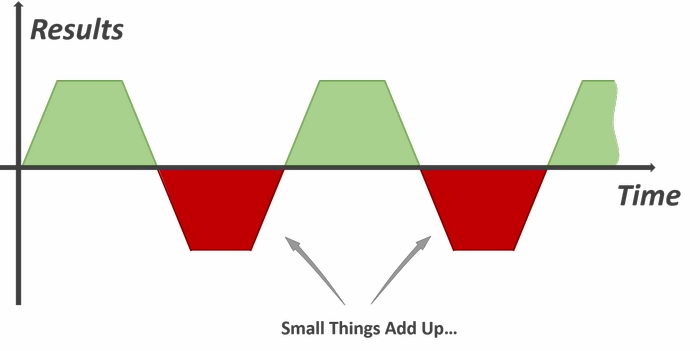 And this is just one tiny little example from dozens of other blockers silently waiting to attack us.

How To Identify Blockers

And this is just one tiny little example from dozens of other blockers waiting for us behind the corner every single day.

One of the best tools you can use in mind battles is your own awareness.

From now on, whenever you have this heavy feeling in your chest, think about what bothers you.

Don't let it sit inside, don't let it grow. Visualize it and see if you can identify a blocker: a worry, a negative emotion, or an unconstructive behaviour that makes you feel that way.

How To Destroy Them

One of the most effective and efficient ways to get rid of worries, negative emotions, and unconstructive behaviours is to imagine deploying the SWAT team to protect your mind from the unwanted blockers.

Use a highly actionable mindset training system in place. To introduce a step by step process methodically eliminating all blockers one by one. 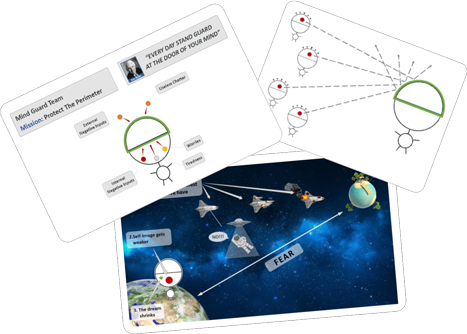 You can read hundreds of books and watch thousands of videos on personal development, but without a solid plan and consistent action this will be very slow and ineffective.

The good news is that such system exists. See if you qualify to be accepted. Or simply continue learning. The next part in the series is ready for you to consume...

Take me to the next part...